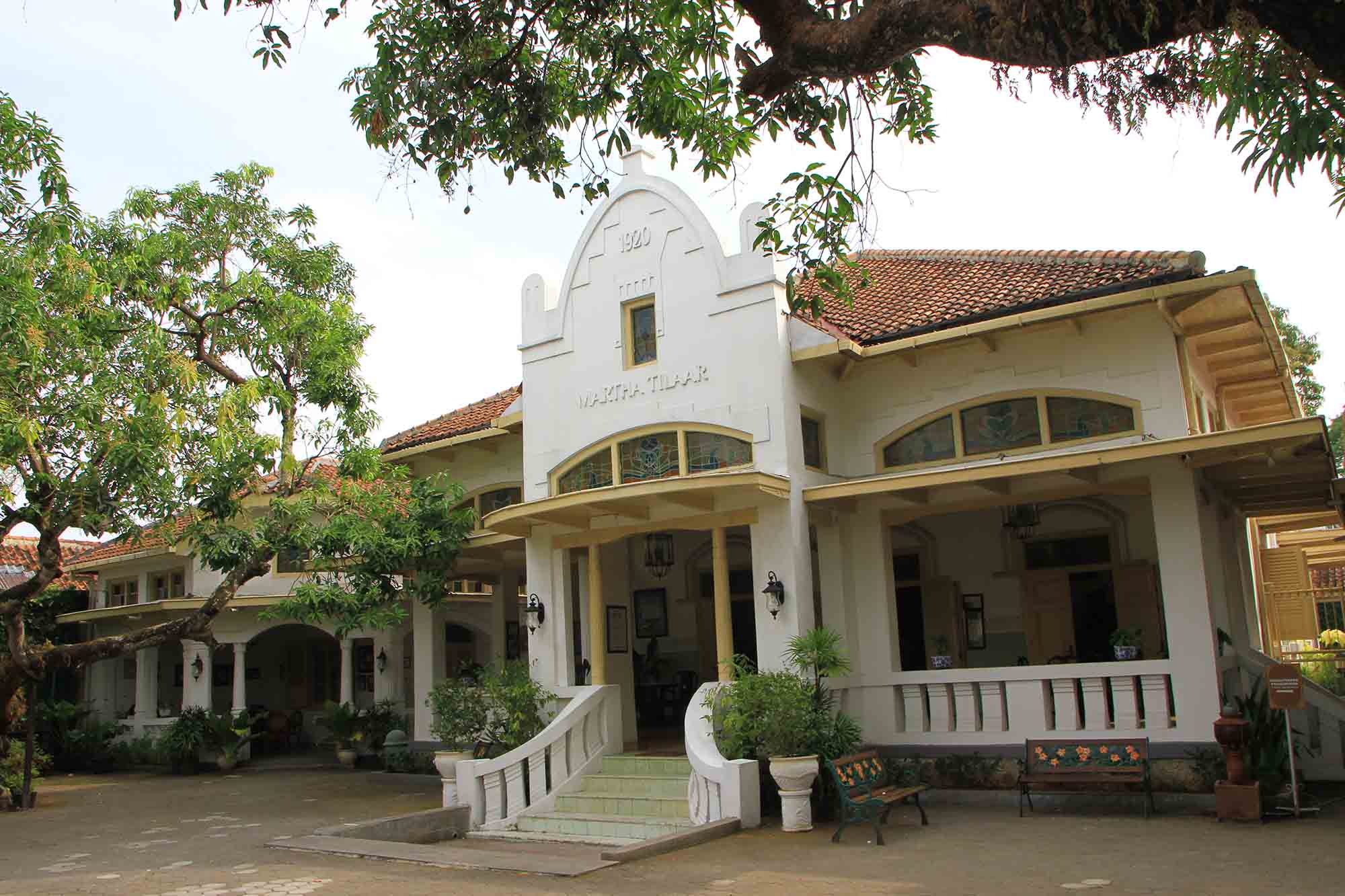 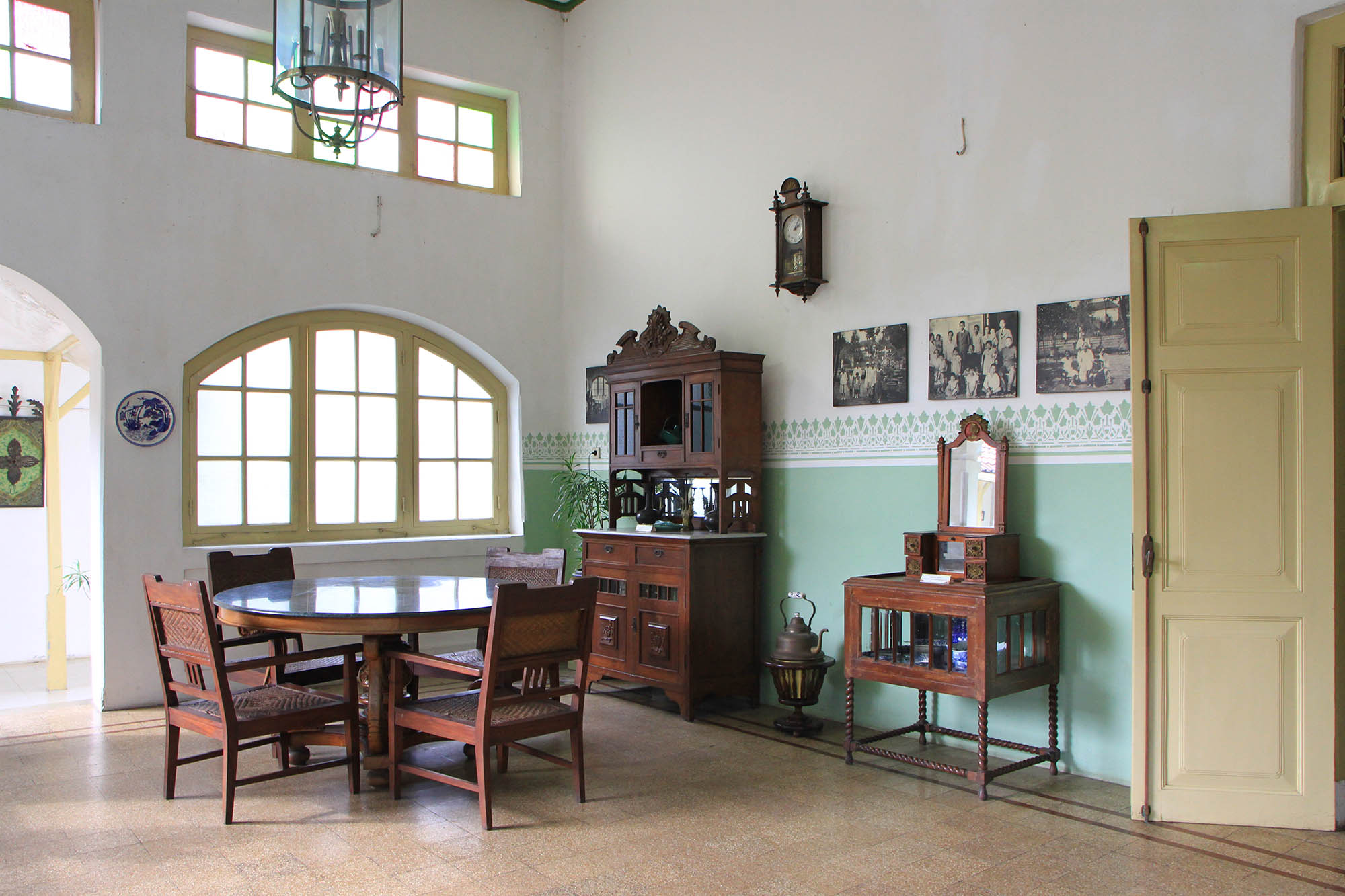 It's quite easy to find Roemah Martha Tilaar which is at Sempor Lama Street number 28, Gombong. The location is not far from Wonokriyo Market and Gombong Station. It only takes about 10 minutes by motorbike.

Hearing the name behind it, people will immediately connect the house with a well-known cosmetic entrepreneur from Indonesia, namely Martha Tilaar. Yes, it is the home of Liem Siaw Lam, who is the grandfather of Martha Tilaar.

Roemah Martha Tilaar Gombong existed since the 1920s. There, Martha Tilaar lived until she was 10 years old. The house is also a witness to how Martha Tilaar's entrepreneurship and creativity grow and develop.

Previously, the front of Liem Siaw Lam's house was a cowshed with a milk production area at the back house. But now, tourists will find a wide courtyard that can be a place to hang out at night. Here, tourists will see buildings with patterned ceramics, stained glass (motifs), and ancient household furniture.

At the front, tourists will find three classic and symmetrical concept entrances, as well as patterned ceramics. Don't forget the old-school chandelier ornament that captivates the eye. Once inside, tourists will see a very comfortable and very neat living room. There is also a collection of classic items like guest chairs, tables, cabinets, and others. Tourists will also find the four main rooms and a workspace.

For tourists who like vintage, these two things are very easy to find at Roemah Marta Tilaar. The atmosphere in each room is made as close to the original as possible. The display of every piece of furniture in Roemah Martha Tilaar is also neatly arranged. Starting from the front yard to the back of the building. A number of small trinkets, gramophone instruments, beds, and dressers can be found in Roemah Martha Tilaar's bedroom. Tourists can also find out the genealogy of Martha Tilaar's family because all over the building, many family photos are affixed.

Of the many remains at Roemah Martha Tilaar, there is one that attracts attention. Namely the ancient toilet made of wood. There is also a bottle filled with water on the right side of the toilet which is used for rinsing.
After passing through the bedroom and workspace, tourists will be connected to the exit to the backyard. But before that, there is a dining room display or a gathering place for all family members. In addition to the main building which consists of several bedrooms and workspaces, there is also a multi-purpose building. Usually, this room is used for showrooms or workshops when Roemah Martha Tilaar holds events.

Become a vehicle for education and entertainment

Roemah Martha Tilaar also functions as a vehicle for education and entertainment. Roemah Martha Tilaar is also friendly to children because there are many things that can be learned there. Therefore, Roemah Martha Tilaar provides packages as learning tools for children. Children will gain knowledge that cannot be obtained at school, develop independence, and increase cooperation between friends.

Roemah Martha Tilaar calls it the Porch Learning program. The implementation time is adjusted for those who are interested in participating in this program. There are a number of programs under one theme for each meeting. Among them are addressing waste, nature conservation, entrepreneurship, Gombong history, and getting to know the family's medicinal plants. The cost is very affordable. Roemah Marta Tilaar also offers a place with a beautiful atmosphere that can be used for meetings, social gatherings, birthday parties, or reunion events.

After feeling nostalgic at Roemah Martha Tilaar, tourists can enjoy the night atmosphere at the coffee shop which is on the right side of the main building. Yes, Roemah Martha Tilaar can be used for photo sessions or just gathering for lunch or dinner.

Roemah Martha Tilaar is open every Tuesday-Sunday from 09.00 WIB to 17.00 WIB. (Contributor)